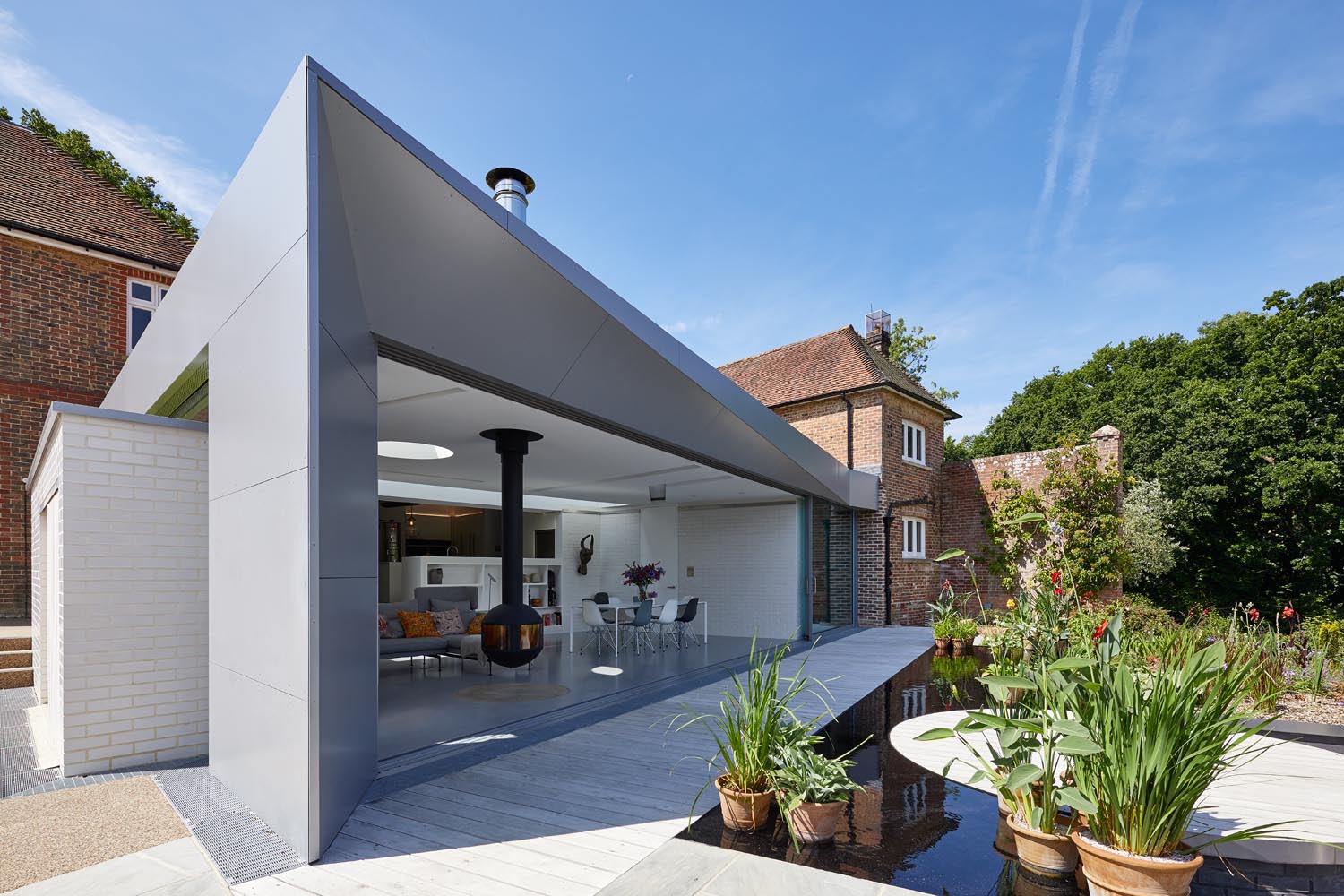 This ambitious project involved a rear addition and internal remodelling to a Grade II listed house which was an amalgam of different eras of building where three key built elements are defined by their time periods. The original house, buried within the core of the property is a 15th century oak framed house typical of the Wealden area. To the front is a new Georgian facade that originally had tiles for facing bricks. The third period of development is characterised by two Victorian wings in red brick, on either side of the original structure. The initial proposal by Ashton Porter Architects -an award winning architecture and design studio based in London- was to compliment this clear historical sequence with a 21st century rear addition as a fourth clearly defined contemporary element. The new addition is defined by its slender steel frame, aluminium cladding, glazed white brick and structural glass. The interior of the original oak frame house was carefully remodelled and preserved. 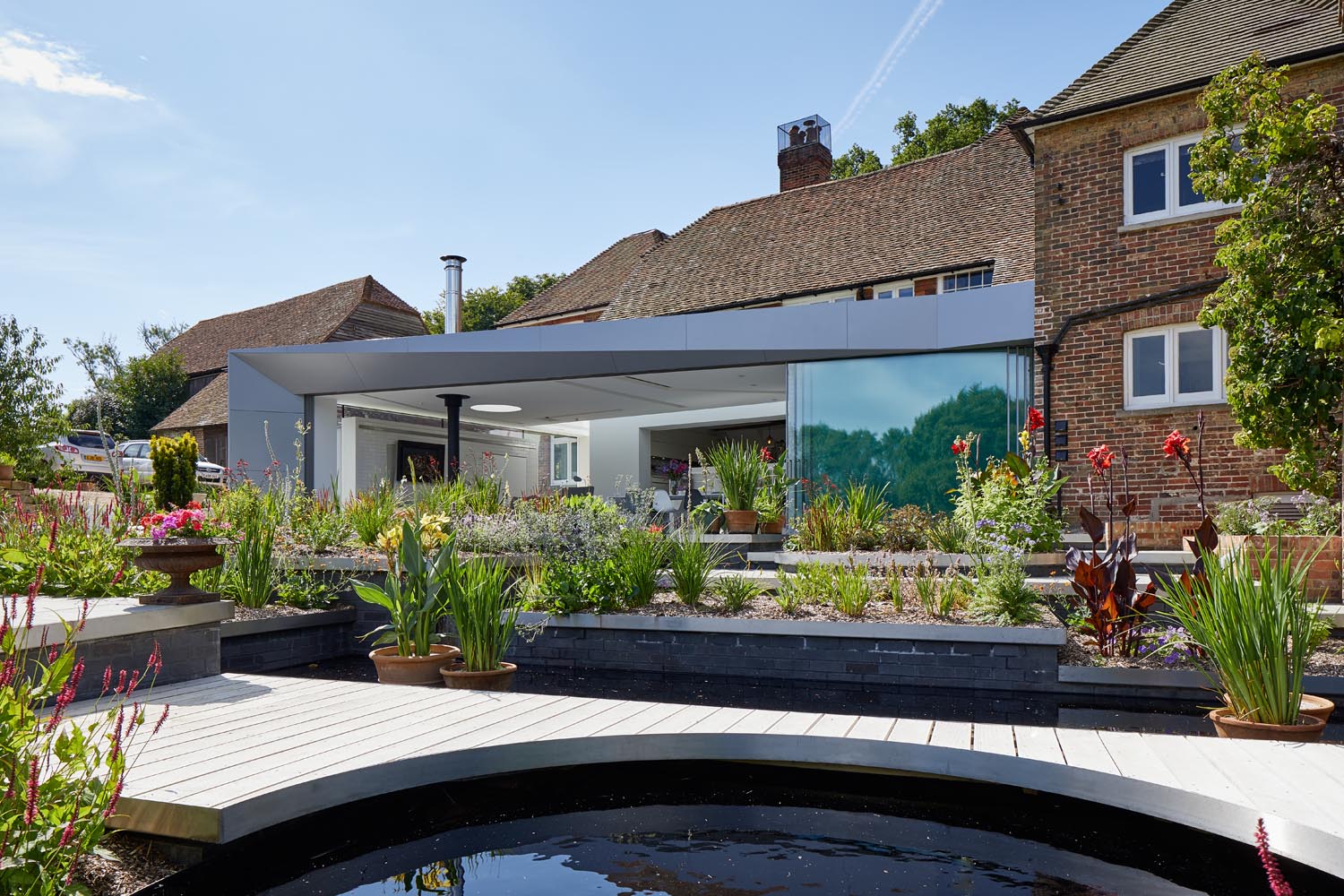 To reinforce the difference between the three pre-existing elements and the new addition the plan has rotated away from the building to address the garden. This shift in geometry defines the new layout for the terraced garden that immediately abuts the house and frames the view into the adjacent valley and the hills of the Souths Downs in the distance. 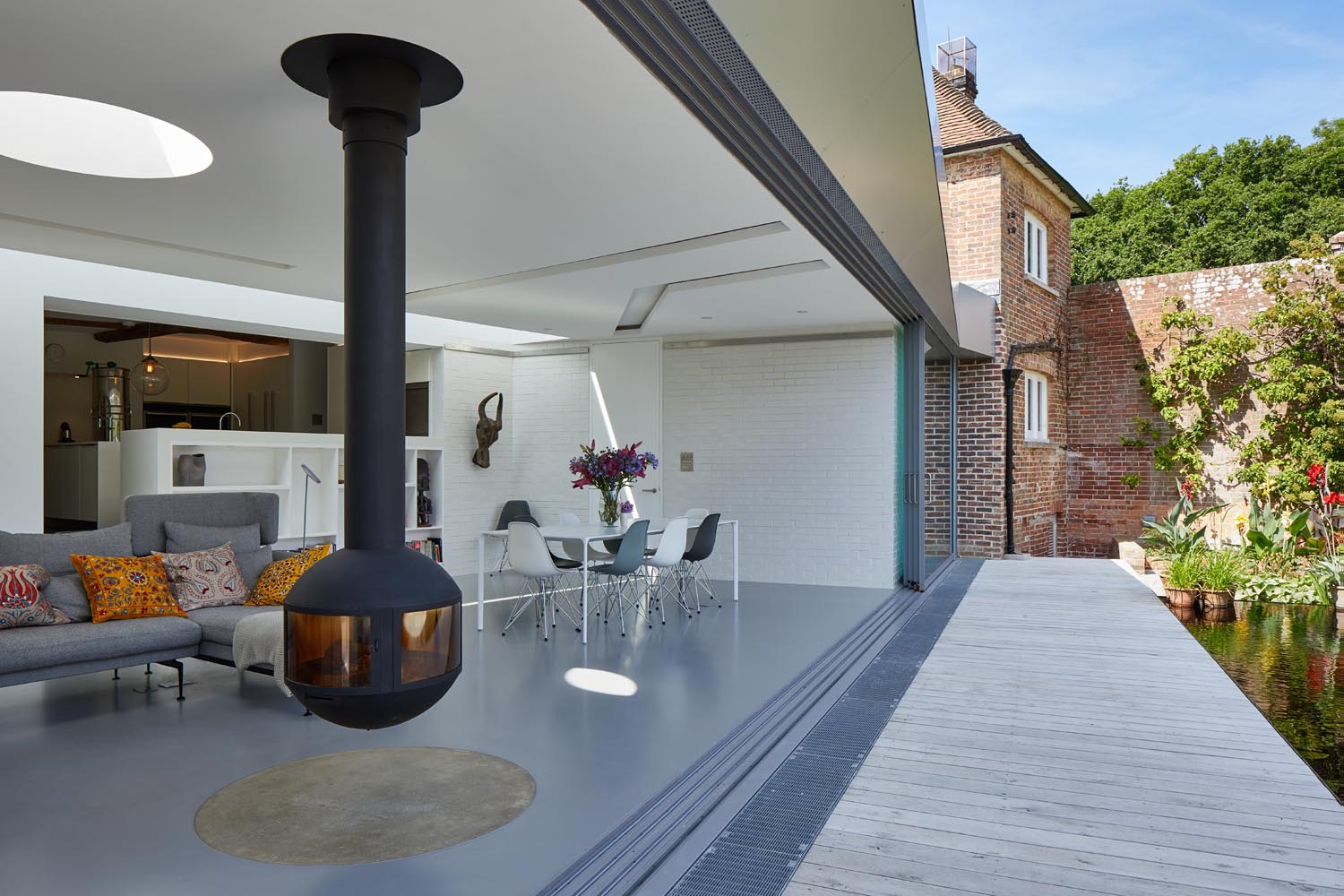 The floating aluminium and sedum roof touches the ground only at the thinly tapered corner junction. Its slender twisted profile spans over both the rear sliding glazed facade and is separated from the white glazed brick storage wall to the side with a glass ribbon. The separation through glass is also found between the roof and the existing central oak framed building and is defined by a delicate L shaped wrap around the structure. Whilst the new addition is stridently contemporary in materials and form the delicate glazed junctions and slender floating structure create a lightness of touch with the existing building. 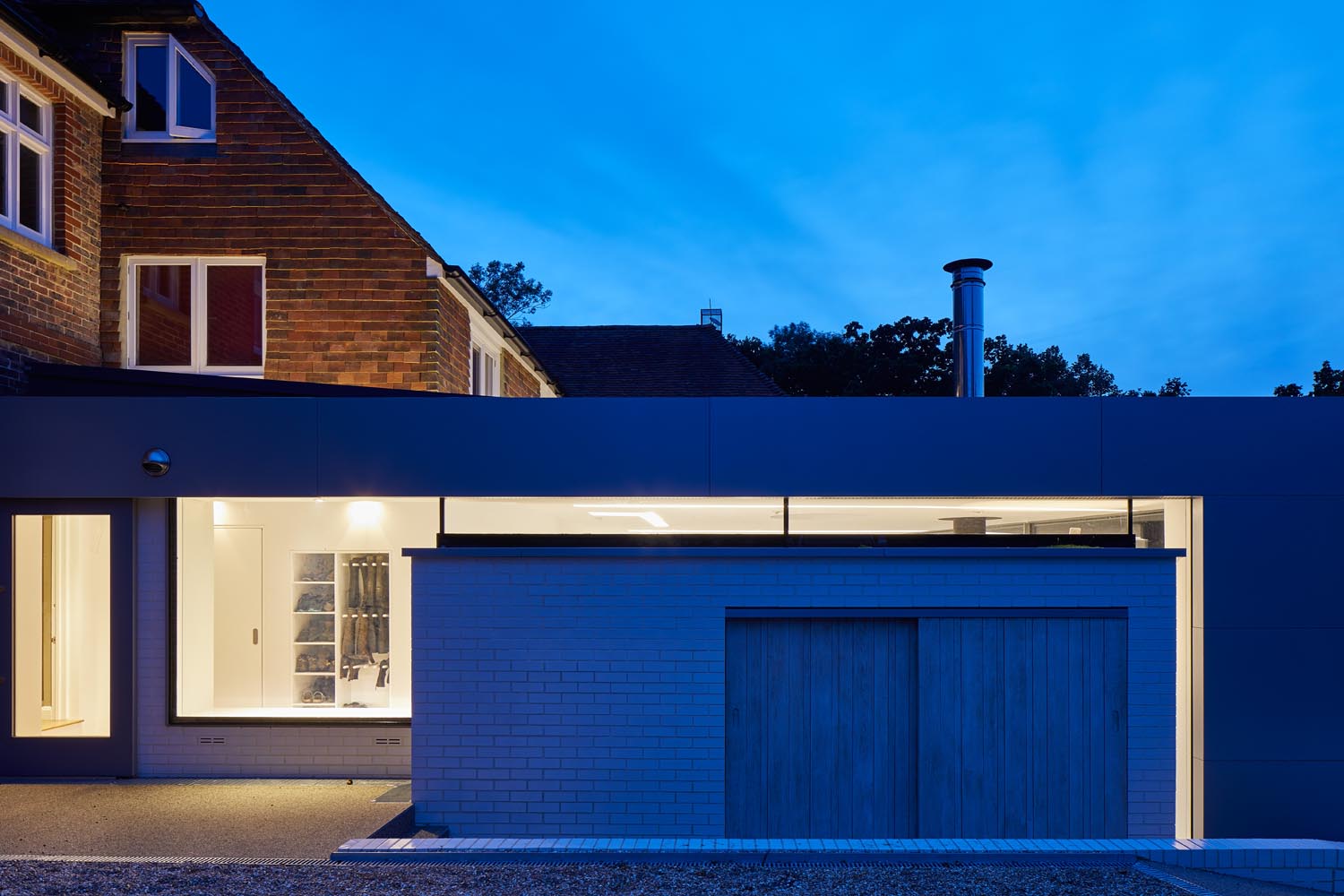 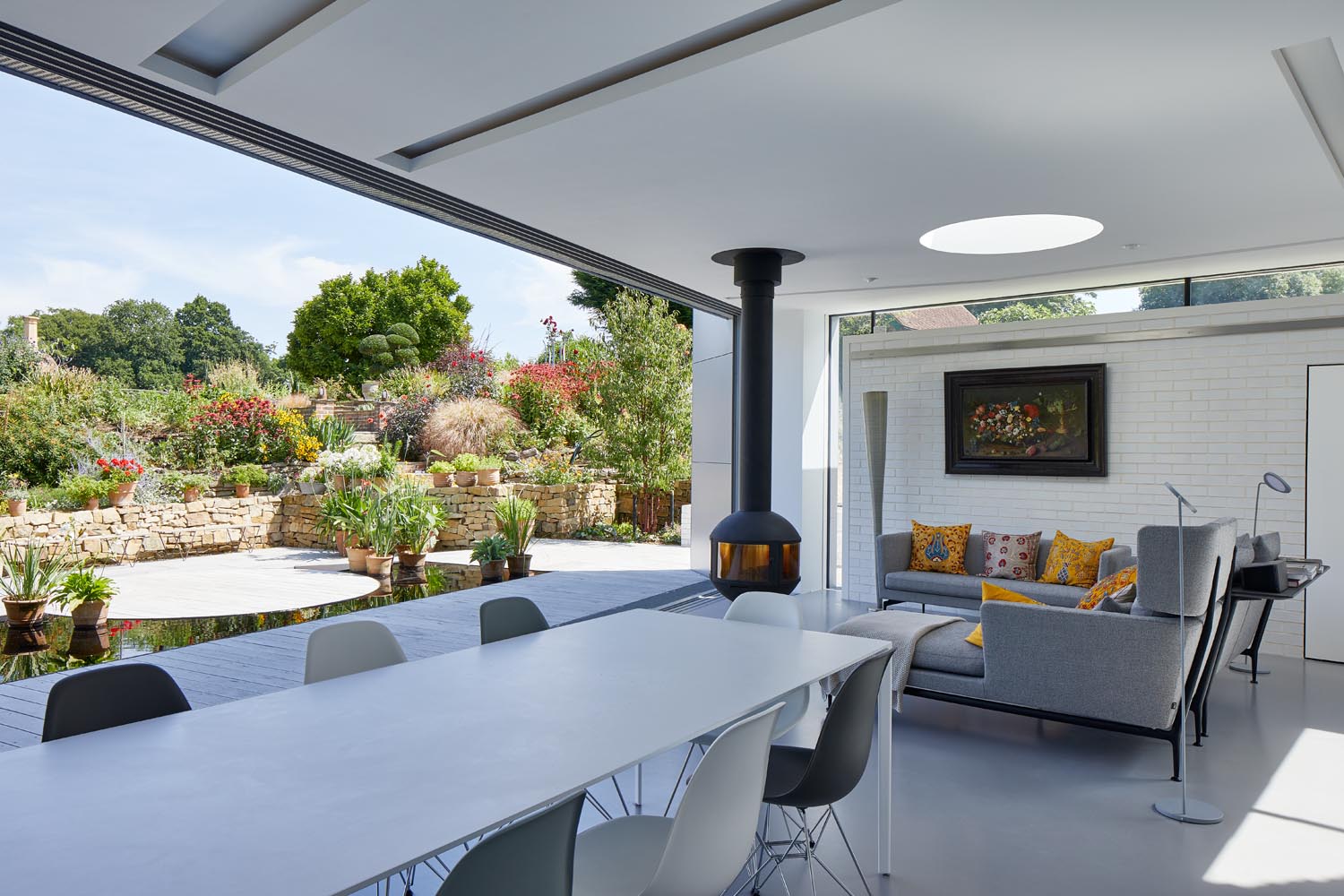 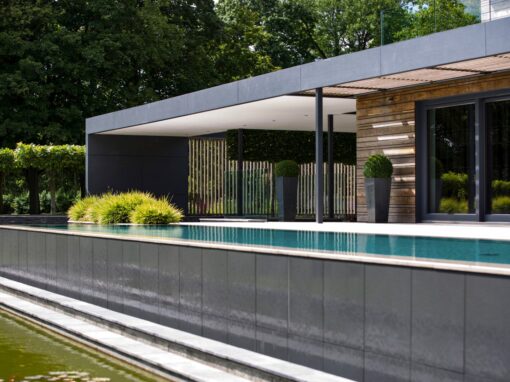 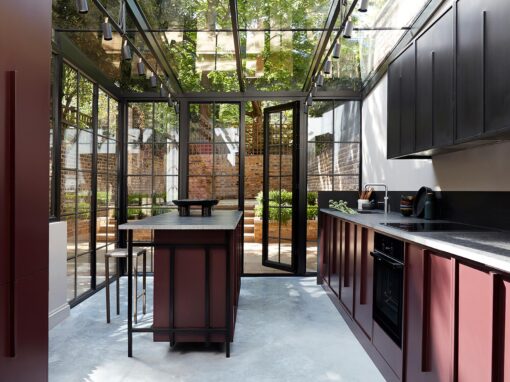 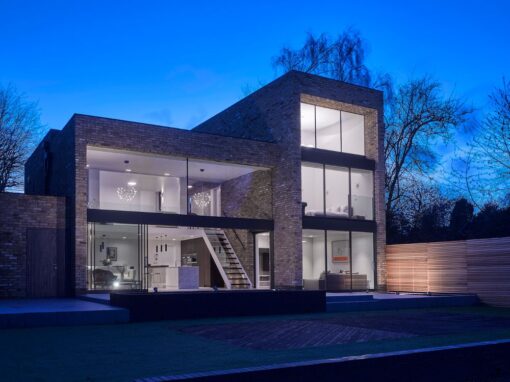 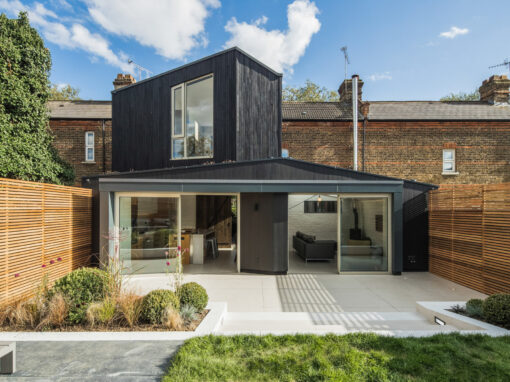 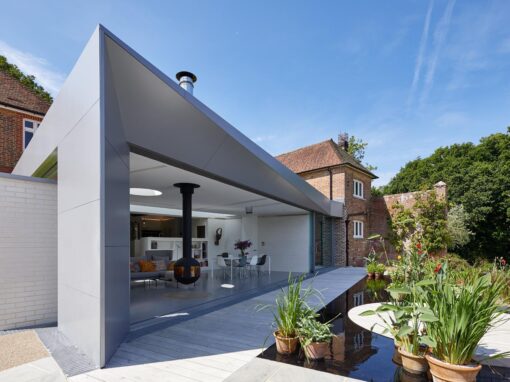 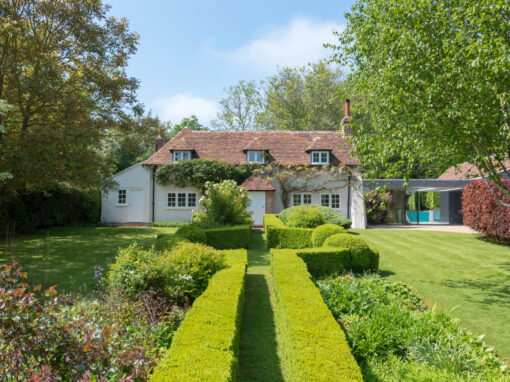